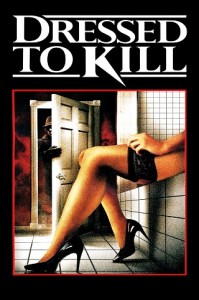 Tech specs for the release and bonus materials have not yet been released, although it has been hinted at by KL Studio Classics in previously a tweet from back on Halloween [October 31st] in 2021.  In that tweet, they stated it would come with the following:

“BRAND NEW Dolby Vision HDR Restoration to be Supervised by Brian De Palma! From a 16-Bit 4K Scan of the OCN!”

So, Brian De Palma apparently [by now has] supervised and one would think also approved the new restoration, which came from a new 4K scan of the original camera negative.  It was said too that it will include Dolby Vision, so that also means you’ll get HDR10 form of high dynamic range with the video presentation.  As this title has yet to be officially announced and detailed, stay tuned for further details.

In the meantime, you can now find the 4K UHD Blu-ray available for preorder over at Amazon and online retailer Deep Discount.  Retailers list this as a 2-disc set, so chances are it will come in the form of a “combo pack” with the Blu-ray counterpart included.