Yellowstone Season 4 is coming to Blu-ray in March 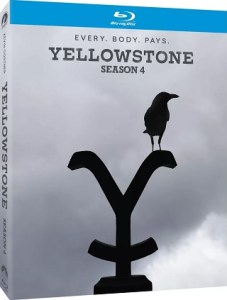 The tech specs for the Blu-ray release of the season include a 1080p HD video presentation in the 2.00:1 aspect ratio with Dolby TrueHD 5.1 lossless surround sound. You can now find the Season 4 Blu-ray available for preorder over at Amazon, as well as at retailers Best Buy, Target, and Walmart.