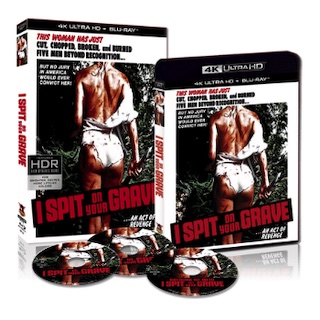 The 1978 cult-classic horror film “I Spit on Your Grave“ is officially coming to 4K UHD Blu-ray in a limited edition release on October 26th via Ronin Flix. The film, written and directed by Meir Zarchi, starred Camille Keaton, Eron Tabor, Richard Pace, Anthony Nichols, and Gunter Kleemann. The movie has a new 2020 4K scan and restoration, from the original camera negative, and the Mono audio sound mix has also been restored from the uncut version — as detailed below.

This limited edition “combo pack” release will come with its Blu-ray Disc counterpart (as pictured below) as well as a Blu-ray bonus disc with a feature-length documentary and limited edition slipcover. 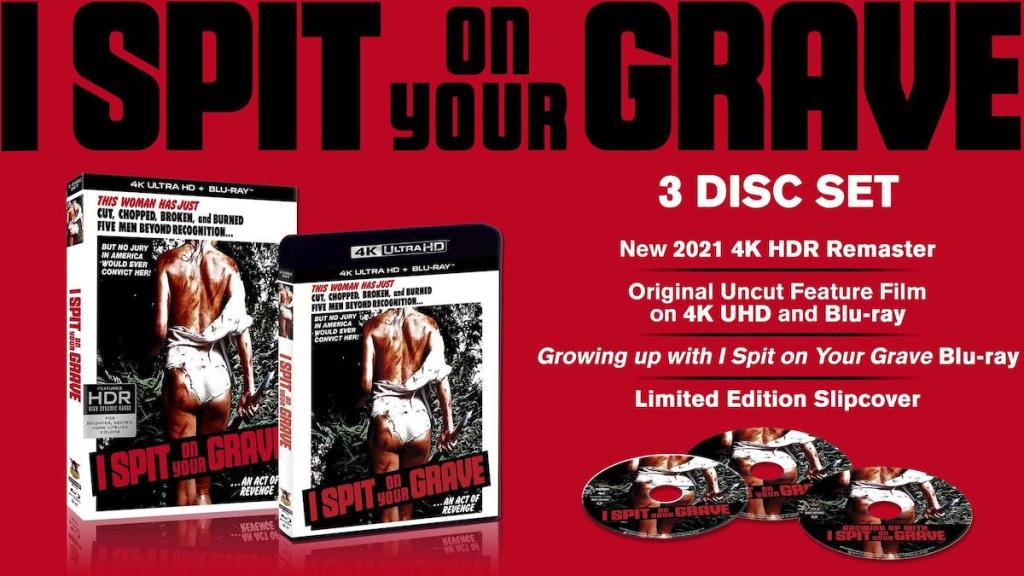 The tech specs for the 4K UHD Blu-ray include a 2160p video presentation in the original 1.85:1 aspect ratio with HDR10 form of high dynamic range as well as DTS-HD Master Audio Mono, DTS-HD Master Audio 5.1 surround, and DTS-HD Master Audio 2.0 Stereo sound options. The tech specs for the Blu-ray include a 1080p HD video presentation in the 1.85:1 aspect ratio with the same DTS-HD MA lossless sound mixes. You’ll have to order this title (it seems) directly via RoninFlix.com, where it is now available for preorder. There’s no sign of this release being available at any other retailers, but stay tuned for an update on that if it changes. The bonus materials set to be included on this 3-disc set are listed below.

On a Blu-ray Bonus Disc:

And lastly, you can even find a promo video for this release further below, after the break.