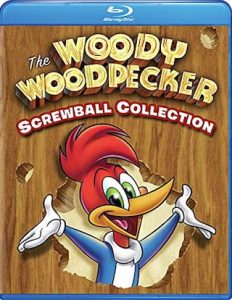 “The Woody Woodpecker Screwball Collection“ is coming to Blu-ray Disc on September 7th, via Universal Studios Home Entertainment, according to retailers. This set will include 25 original theatrical animated shorts, which all have been newly remastered, as noted below in the product description.

So, there will be some bonus materials included in the form of an archival interview with the cartoonist/creator of the “Woody Woodpecker” character, Walter Lantz. You can now find the Blu-ray available for preorder over at Amazon. Stay tuned for a possible update on tech specs for this release.