Citizen Kane on 4K via Criterion Collection in November 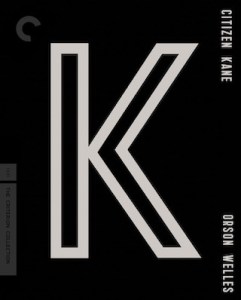 The 1941 classic film “Citizen Kane” is officially coming to the 4K UHD Blu-ray and Blu-ray Disc formats on November 23rd via The Criterion Collection. This will make one of the first 4K physical releases by Criterion, as they have just unveiled recently. The film, co-written, produced, and directed by Orson Welles, also starred Orson Welles, as well as Joseph Cotten, Dorothy Comingore, Agnes Moorehead, Ruth Warrick, Ray Collins, Erskine Sanford, and Everett Sloane.

The tech specs for the release include a 2160p video presentation (in Black & White) in the original 1.37:1 aspect ratio with HDR10 and Dolby Vision forms of high dynamic range and uncompressed Mono sound. The movie has received a new 4K restoration. The release will come in the form of a “combo pack” meaning that the Blu-ray Disc counterpart of the film will be included, with an additional two Blu-ray Discs for extras — making for a 4-disc set. You can now find the 4K UHD Blu-ray and Blu-ray Disc versions are available for preorder over at Amazon and directly via Criterion‘s website. The bonus materials set to be included with the release are listed below, including physical extras.