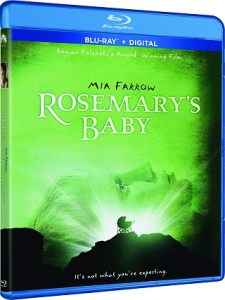 The 1968 Academy Award-winning film “Rosemary’s Baby” is getting a standard Blu-ray Disc release on May 25th, via Paramount Home Entertainment, according to retailers. The film, directed by Roman Polanski, starred Mia Farrow, John Cassavetes, Ruth Gordon, Sidney Blackmer, Ralph Bellamy, and Charles Grodin. The tech specs for the Blu-ray have not yet been detailed but stay tuned for an update. It is known that the release will come with a digital code (copy) of the film. You can now find the Blu-ray available for preorder over at Amazon.