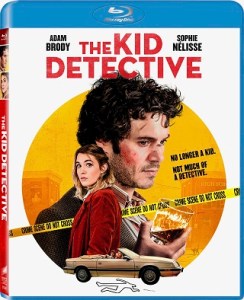 ADAM BRODY AND SOPHIE NÉLISSE STAR IN THE DARK COMEDY

A once-celebrated kid detective (Adam Brody, TV’s The O.C.), now 31, continues to solve the same trivial mysteries between hangovers and bouts of self-pity. Until a naïve client (Sophie Nélisse, The Book Thief) brings him his first adult case—to find out who brutally murdered her boyfriend.

Written and Directed By: Evan Morgan

Rating: R for language, drug use, some sexual references, brief nudity and violence