The Expanse Season Four lands on Blu-ray in December 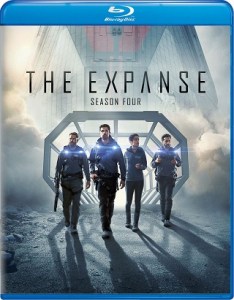 The TV series “The Expanse: Season Four“ is coming to Blu-ray Disc on December 15th, via Universal, according to Amazon. The TV series, created by Mark Fergus and Hawk Ostby, stars Steven Strait, Cas Anvar, Dominique Tipper, Shohreh Aghdashloo, Frankie Adams, and Wes Chatham. The tech specs for the Blu-ray release include a 1080p HD presentation in the 1.78:1 aspect ratio and DTS-HD Master Audio 5.1 sound, on a 3-disc set (all using BD-50 discs). You can now find the title on Blu-ray available for preorder over at Amazon.

The bonus materials set to be included on the set are listed below.