The Wizard of Oz is coming to 4K in October 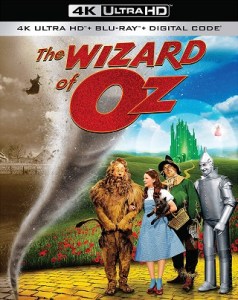 NOTE: This was originally posted as a rumor and has since been confirmed.

The classic 1939 film “The Wizard of Oz“ is officially coming to 4K UHD Blu-ray on October 29th via Warner. The film, directed by Victor Fleming, starred Judy Garland, Frank Morgan, Ray Bolger, Bert Lahr, Jack Haley, Billie Burke, and Margaret Hamilton. UPDATE: The title has now been officially announced and received a press release. This is no longer a rumor. Also, the film is now available for pre-order on 4K UHD Blu-ray over at Amazon – with the same release date as indicated. Cover art (picture further above) has now been unveiled in that listing.

From the artwork and retailer listings, we know that the 4K release (in both forms) will come as a “combo pack” with a Blu-ray Disc and a digital code (copy) of the film included. The release will not only be coming out as a standard 4K but it will also be getting a 4K Steelbook which will be a Best Buy Exclusive (pictured below). You’ll find that 4K Steelbook now available for pre-order. 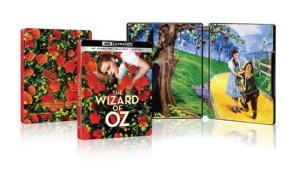 Bonus materials and other details about this release are in another news HERE.