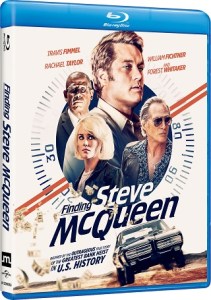 The 2019 film “Finding Steve McQueen“ is coming to Blu-ray Disc on August 13th via Universal. The film, based on a true story and directed by Mark Steven Johnson, stars Travis Fimmel, Rachael Taylor, Lily Rabe, William Fichtner, and Forest Whitaker. Tech specs for the  Blu-ray release include 1080p HD video in the 1.85:1 aspect ratio and DTS-HD 5.1 Master Audio sound. The Blu-ray is now available for pre-order over at Amazon. The only bonus material set to be included on the release is listed below.