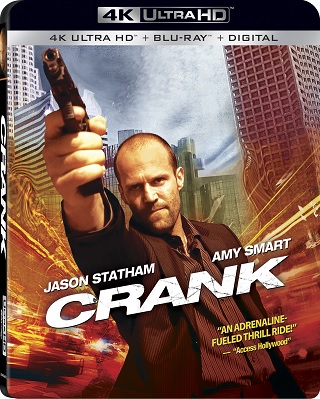 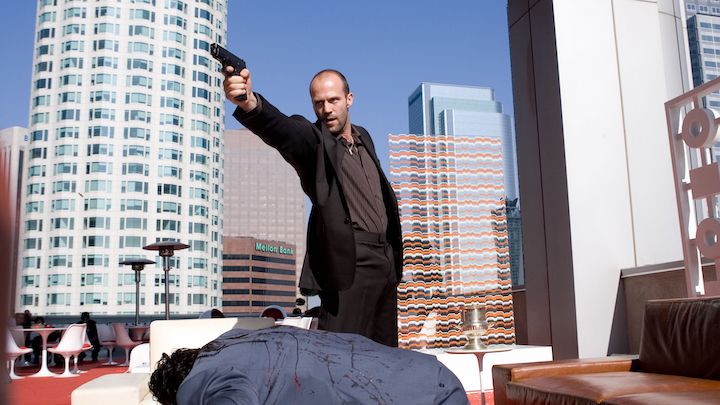 “There are a thousand ways to raise your adrenaline. Today, Chev Chelios will need every single one.”

With a tag line like that, you would most certainly expect the co-directors and writers Mark Neveldine and Brian Taylor to throw nearly every over the top method of getting one’s blood pumping in this film… no worries they do.

The near 90-minute directorial debut of Neveldine and Taylor is a fun one thanks to a highly stylistic look (more on this later) with quick cuts, innovative camera work that for its time and budget broke some ground. The film grossed an impressive 27 million on a 12 million budget which leads to the even more ridiculous sequel, “Crank: High Voltage“ (2009).

This films origins are fascinating to me. Crank was inspired by “Run Lola Run“ (1998) and has quite an interesting list of actors who were offered the role and passed. The directors shopped the film around via Lakeshore Entertainment with Johnny Knoxville as “Chev Chelios” in mind but then moved on to Brad Pitt who liked the script but passed, then to Gerald Butler, then Dwayne Johnson who also passed. Finally, it was offered to Jason Statham who took it. One could only imagine how the film would have been with any of those other actors at the helm.

The film is distributed from Lionsgate, who has been cranking (I went there) out great 4K UHD discs lately, and it stars Jason Statham (“The Transporter“, “The Meg“, “Fast and Furious“ fame), Amy Smart (“The Butterfly Effect“, “Road Trip“, “Varsity Blues“), Jose Pablo Cantillo (“Sons of Anarchy”), and Dwight Yoakam (platinum country recording artist turned actor).

The film includes a host of other actors in unnamed parts like Chester Bennington formerly of the band Linkin Park (R.I.P), Noel Gugliemi of TV’s “Mayans M.C.“ (2018), Sam Witwer of most “Star Wars” video games in the last decade and even Edi Gathegi from “Twilight“ (2008) series fame and TV’s “The Blacklist“ (2013).

Not only did the director duo write the film they also shot most of it with cinematographer Adam Biddle on a mix of Canon XL-2 Mini DV 480p cameras and Sony Cinealta HDC F950 in HD which make for quite the mix in raw gritty visuals. The camera work here is also top notch with the directors even filming using rollerblades for difficult shots, using actual Google Maps screens to show the real locations scenes were shot for the film add to the interesting takes used by the directors.

The filmmakers wanted this film to have a frenetic look with grit to match its over the top script and despite the character development, not to mention Statham’s softer moments being nonexistent, it works and I enjoyed the film. Check your brain at the door. 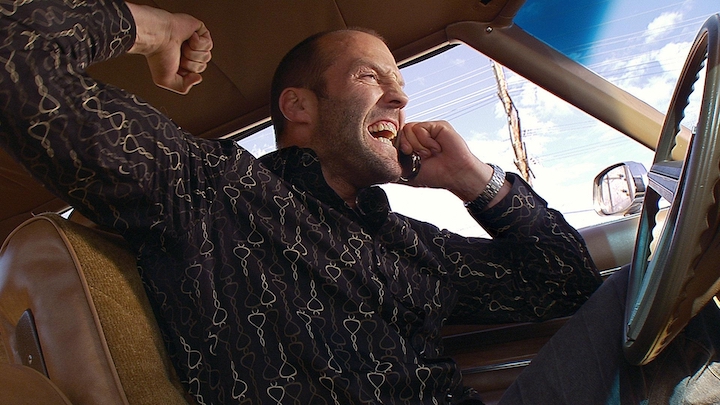 The film is presented in a 1:78:1 aspect ratio shot with a mix of HD and SD cameras. As mentioned above this was shot mostly by the directors and cinematographer Adam Biddle on a mix of Canon XL-2 Mini DV 480p cameras and Sony Cinealta HDC F950 in HD. This 4K UHD Blu-ray release of “Crank” is presented in Dolby Vision and HDR10 forms of High Dynamic Range.

Comparing the Blu-ray and 4K UHD discs it shows off a small boost in color, black levels, and resolution on the 4K UHD but, as sad as it is to say, it’s by no means an eye-catching disc. This seems to go along with the intent of the directors. Would it have been nice for the film to have a remastered look, sure but part of the films charm is the raw look and it works here. This is the best the film has ever looked but despite that, it’s just not really all that impressive visually in 4K.

The original 2007 Blu-ray was always a fantastic demo-worthy disc release years back so I had high hopes for this new Dolby Atmos mix and thankfully it delivered. From the very opening moments of the heartbeat up to the last scenes with the helicopter blades overhead, this mix is brilliant. The heights and surrounds are engaged near non-stop with each action sequence but never distracts, creating a massive sound field. Bass response is room shaking, the dialogue is clear and detailed with all channels engaged. The last half of the film is demo material and sure to bring a smile to your face. Movies like this are why you buy a surround sound system. 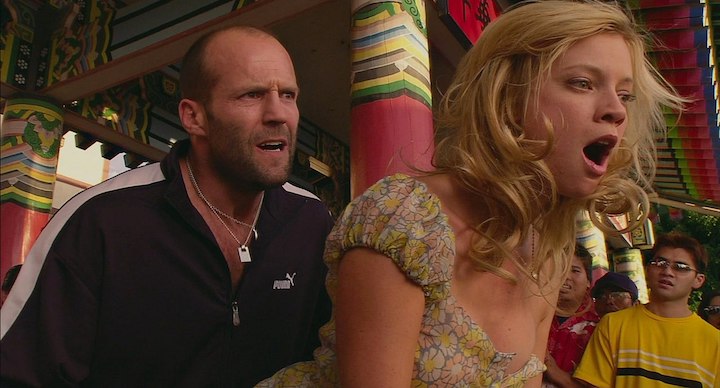 Overall the bonus materials here are informative, sure, but they are nothing more than the original Blu-ray Disc extras, with nothing new added aside from a digital copy this time around. It would have been nice to maybe have got some new extras like retrospectives or such considering the film is over a decade now in age. 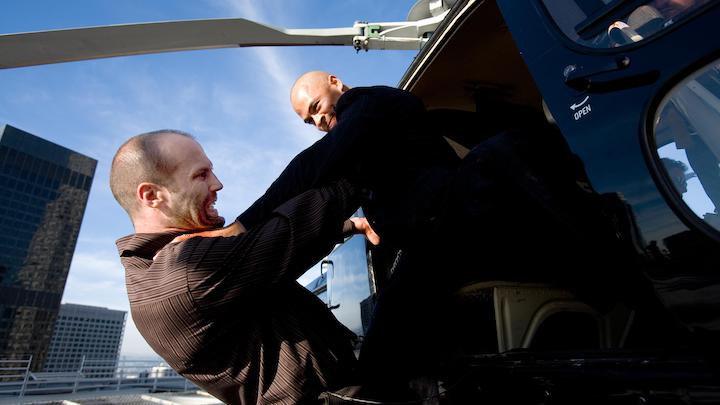 “Crank” is a fun wild ride from beginning to end. The characters what little we knew of them are hardly developed, plot holes abound and Jason Statham is as wooden as ever… so why does it all work so damn well?  I’m not sure but perhaps it’s just so over the top I was left just exhausted for Chev and didn’t pay the flaws any mind till I relaxed and reflected.

That said, this offers a video presentation in 4K that, admittedly, is a small upgrade from the original 2007 Blu-ray but just not as major, as you might have expected. The audio here in Dolby Atmos is plenty aggressive and fun. This film’s audio will certainly leave you impressed. Sadly the lack of new extras limit the need to upgrade from the already great Blu-ray, that is unless you want to experience some stellar object-based audio.

Overall Verdict:
Recommended Only for Fans