1961 sci-fi Mothra getting a Blu-ray Steelbook in July 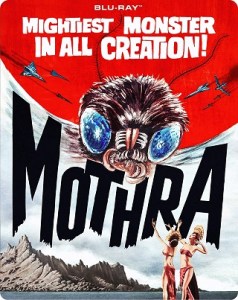 The 1961 science fiction classic “Mothra“ is finally coming to Blu-ray Disc, in a Steelbook, on July 9th via Mill Creek Entertainment. The film, directed by Ishiro Honda, featured a cast of Frankie Sakai, Hiroshi Koizumi, Kyoto Kagawa, and Ken Uehara. This is the first time the film has been available in the United States on the Blu-ray format. The Blu-ray Steelbook of Mothra is available now for pre-order over at Amazon.

Further below, after the break, you can find more artwork for the Steelbook, info regarding this upcoming release, and the original theatrical trailer for the film. 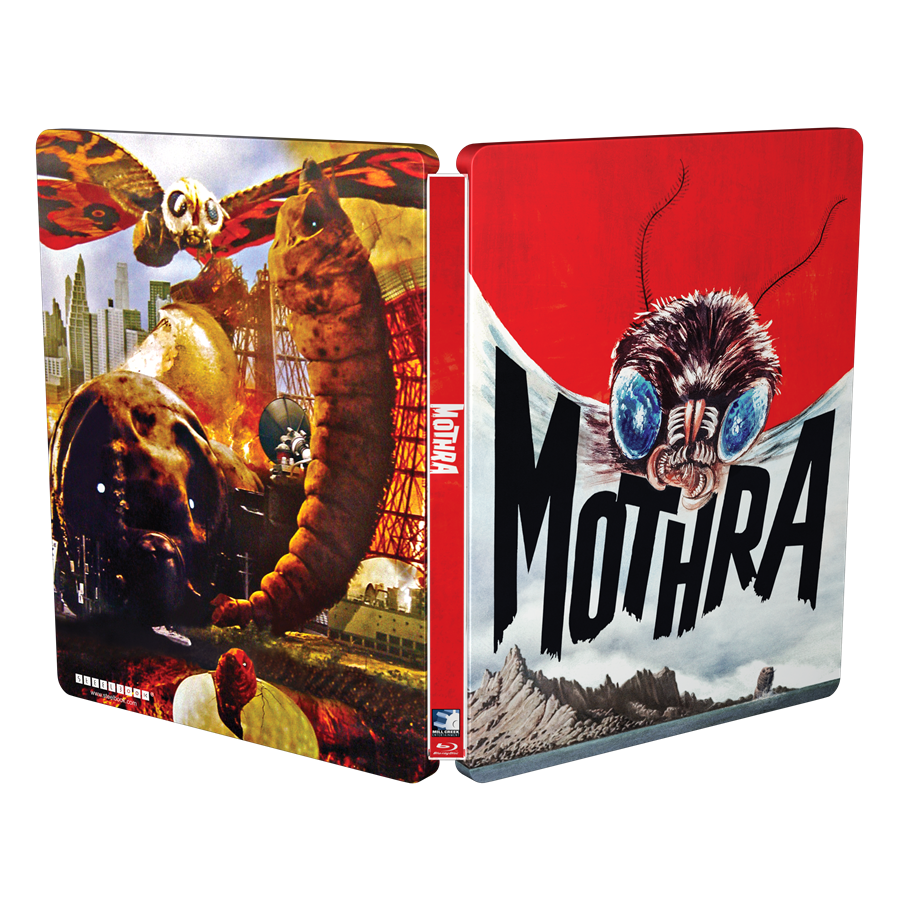 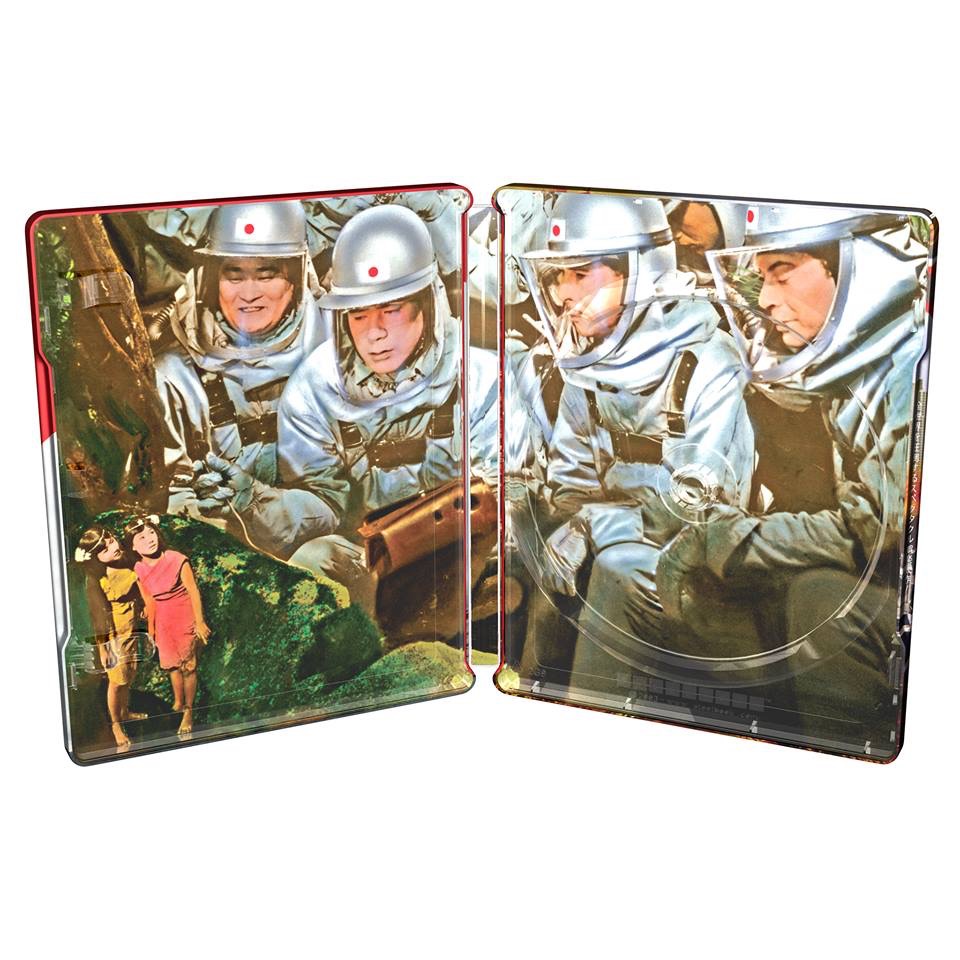 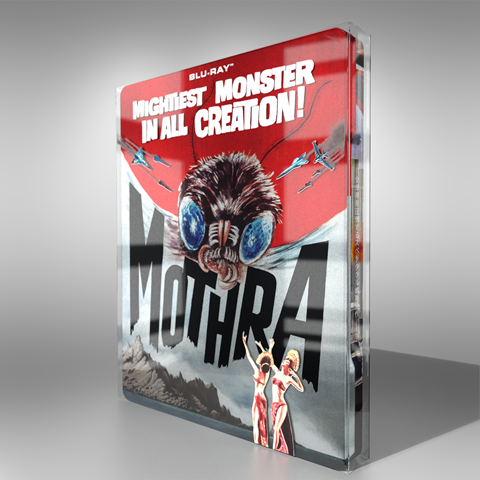 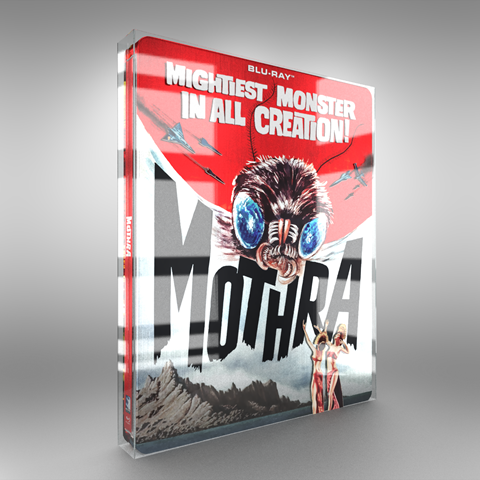 The 1961 Sci-Fi Sensation Gets its High-Definition Debut With Highly Collectible Packaging on July 9, 2019.

Minneapolis, MN (April 27, 2019) Mill Creek Entertainment, the leader in value home entertainment, is excited to announce the upcoming release of the 1961 sci-fi kaiju classic Mothra as a special edition SteelBook® Blu-ray July 9, 2019. This magnificent monster movie in its all-new collectible packaging will be available for $24.98 SRP.

This special edition release makes the North American Blu-ray debut of Mothraand includes both the U.S. theatrical cut as well as the original, extended Japanese version of the film. Special features include feature-length commentary with authors and Japanese Sci-Fi historians Steve Ryfle & Ed Godziszewski, trailers, and a photo gallery. The film is presented in a 2.35:1 widescreen aspect ratio with DTS-HD Master Audio for both English and Japanese tracks and English Subtitles on a dual-layered Blu-ray disc.

“We are excited to offer Mothra on Blu-ray as a gorgeous SteelBook® release,” states Barrett Evans, VP of Marketing for Mill Creek Entertainment.  “The timing is ideal to present the original Mothra as new audiences will soon see the iconic character in the upcoming Godzilla: King of the Monsters movie.”

Mothra was produced by Tomoyuki Tanaka, directed by Ishiro Honda, with SFX directed by Eiji Tsuburaya – the same team that created the original Godzillafeature film. The beloved gigantic moth became one of the most popular Japanese characters appearing in 14 feature films and has solidified its presence in the big-screen MonsterVerse.

Following reports of human life on Infant Island, the supposedly deserted site of atomic bomb tests, an international expedition to the heavily-radiated island discovers a native tribe and tiny twin female fairies called “Shobijin” who guard a sacred egg. The overzealous expedition leader kidnaps the Shobijin to exhibit in a Tokyo stage show but soon they summon their protector, hatching the egg and releasing a giant caterpillar. When Mothra arrives in Japan and finally transforms into the ultimate beast, impervious to modern weapons, the nation and its people face their destruction.

Mothra stars Emi Ito and Yumi Ito (known as the popular singing duo “The Peanuts”), Hiroshi Koizumi (Mothra vs. Godzilla), Kyoko Kagawa (High and Low), Jerry Ito (The Manster) and Frankie Sakai (Shogun). Musical numbers by Emi and Yumi Ito highlight this film as they sing “Mosura No Uta (The Mothra Song),” “Daughters of Infant Island” and “Mosura ya Mosura.”

Includes both the Japanese and U.S. edits of the film
Contains feature-length commentary, trailers and photo gallery