“Arctic” starring Mads Mikkelsen is coming to Blu-ray in April 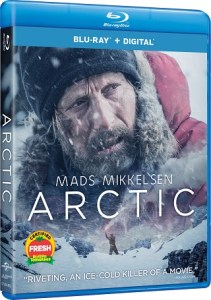 The 2018 Joe Penna directed film “Arctic“ starring Mads Mikkelsen is officially coming to Blu-ray Disc on April 30th, via Universal. The film is “Certified Fresh” over at Rotten Tomatoes – at time of writing. The tech specs for the Blu-ray include 1080p HD video in the 2.39:1 aspect ratio with DTS-HD 5.1 Maser Audio sound. You can find the Blu-ray Disc now available to pre-order over at Amazon. The release will include a digital copy of the film. Bonus materials set to be included on the release are listed below.