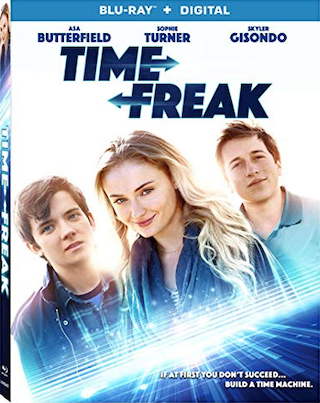 The 2018 Andrew Bowler written & directed film “Time Freak“ starring Asa Butterfield is coming to Blu-ray Disc on January 8th, 2019 from Lionsgate, according to an early alert to retailers. The film co-stars Sophie Turner, Skyler Gisondo, Will Peltz, and Aubrey Reynolds. Tech specs and bonus materials for the release have not yet been announced, but it is known that it will include a Digital Copy of the film. Stay tuned for further details on this release. The pre-order listing for the Blu-ray is already up over at Amazon.