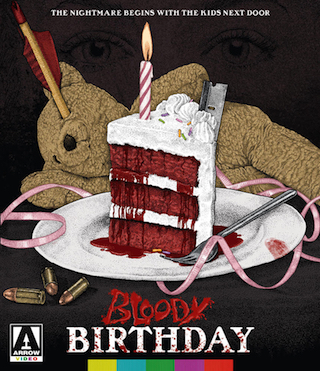 The 1981 slasher film “Bloody Birthday“ will be getting a Blu-ray Disc re-release via Arrow Video on December 4th. The film, directed by Ed Hunt, starred Lori Lethin, and was previously released on Blu-ray back in 2014. This new Blu-ray will include a brand new 2K restoration from the original film elements. Tech specs for the release include 1080p HD video and Uncompressed Linear PCM Mono sound. The title is now available to PRE-ORDER over at Amazon. Bonus materials set to be included on the release are listed below.