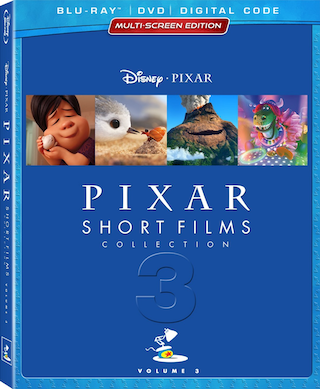 The “Pixar Short Films Collection“ is officially coming to Blu-ray Disc on November 13th via Disney. The release will contain a total of 11 short films which are listed below.

Tech specs for the release have not yet been detailed, but stay tuned for a possible update on that. The release will come in form of “combo pack” with a DVD and Digital Copy of short films included. The Blu-ray is now available for PRE-ORDER over at Amazon and Best Buy. Bonus materials set to be included on the release are listed below.

You can find the official website for this release over at Disney, as well as below (after the break) the official trailer for this third volume of Pixar shorts.