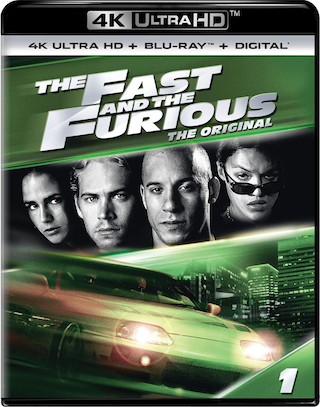 The first three films  in “The Fast and the Furious“ franchise are coming out INDIVIDUALLY to 4K UHD Blu-ray on October 2nd via Universal, it appears, according to early retail listings. This set of releases includes the following films:

Tech specs for the releases will include 2160p 4K video with the HDR10 form of High Dynamic Range and DTS:X sound. Bonus materials appear to be identical to those found on the previous Blu-ray Disc releases. I’ll be updating this news story more throughout the day with cover art and such. For now I just wanted to get this news out to our readers that don’t use (or follow us on) social media.

You can find the three films now available for PRE-ORDER over at Amazon. So far only two films are lacking, the fourth and fifth films. Considering the cover art features numbering, those films should definitely be coming out sooner or later. You might even see a box set of the 4K titles as well, possibly later this year. Stay tuned for further updates.