“The Mummy: Tomb of the Dragon Emperor” finds the treasure hunting O’Connell family looking for the lost tomb of Emperor Han (Jet Li). We learn that Emperor Han was cursed by Zi Yuan centuries ago, transforming Han and his army into…wait for it….mummies. We transport to the year 1946, to find Rick (Brendan Fraser) and Evelyn (Maria Bello). The O’Connell family, due to their success at this treasure hunting gig, are asked by the British government to escort “The Eye of Shangri-La” to China. This stone is capable of resurrecting Han, thus pointing the way to Shangri-La and the eternal pool of life. Soon, the O’Connell’s are betrayed by family friend Professor Roger Wilson, who hopes to gain something of sorts by helping a General Yang (Anthony Chau-Sang Wong) resurrect Han and his army. What results is a film that, essentially, is a re-telling of the second film; however, is mostly successful to the new locales used.

Even though “Tomb of the Dragon Emperor” tends to steal a lot of its material from the predecessor in the series in “The Mummy Returns”, this film is still able to hold its own mainly due to the varying locales featured, as well as the addition of Jet Li. Having been a fan of Li for quite sometime now (seriously see “Unleashed” if you haven’t), I was pleased when I found out he was being added to this one. Not only does he add international appeal for a franchise, but the fact that he almost always does his own stunts, helps to add sense of reality to a film. 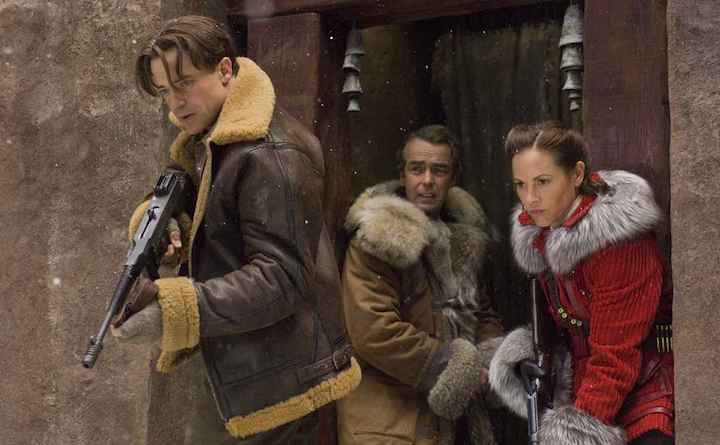 According to the technical specifications on IMDb, the third film “The Mummy: Tomb of the Dragon Emperor“, presented in the 2:40:1 aspect ratio, was shot on 35MM and Super 35MM film using the Arricam LT, Arriflex 235, and Arriflex 435 ES cameras. This is presented in full 2160p 4K resolution with HDR (HDR10) High Dynamic Range.

While the other two “Mummy” films looked quite impressive on 4K UHD Blu-ray, I was blown away by the image quality here. Colors are fantastic, whether the barren whites of snow, or the hot, warm yellows of the desert. HDR allows some of the darker sequences to have that next level pop to them. Facial close-ups result in accurate flesh tones, while wider shots never falter or lose quality. Physical detail, like that of the multiple different locales, as well as the varying outfits worn, showcase finite detail like that of stitches in the clothing, and textures of the building. Truly excellent work here, Universal. 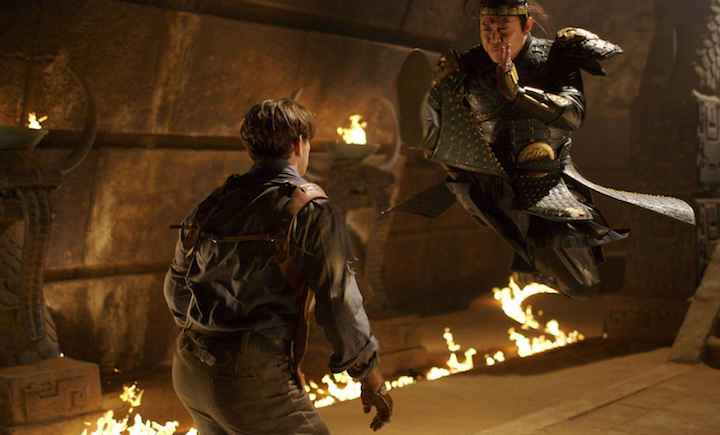 The first thing I noticed to this mix, was how active the low-end was. LFE is deep, immersive and intense throughout. The action sequences during the chase in China are some of the best demo moments of the entire trilogy. Dialogue is well reproduced with no instance of drop out, while he surrounds are active, with bullets zipping by, as well as the robust score creating a fine, detailed aural experience. Note: The ending battle between Rick and Han is something to witness… Check it out. Impressive.

Overall, no new supplements are found on this release, with Universal just porting over the features found on the previous Blu-ray release.

While this film wasn’t deemed a ‘success’ by some folks (it DID gross over $400 million the box office Worldwide), I’ve always found it to be not as bad as its reputation states. The new locales, as well as the addition of Jet Li make this one worth watching if you haven’t.

On its 4K UHD debut, Universal has done this release proud with an impressive V/A presentation. While it was disappointing to see no new supplements, the release comes recommended, whether you decide to purchase the film solo or as part of the trilogy.