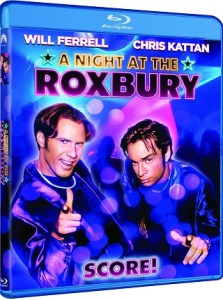 The 1998 comedy “A Night at the Roxbury” is coming to Blu-ray Disc on May 25th via Paramount Home Entertainment. The film, based on a reoccurring skit from “SNL” (“Saturday Night Live”) was directed by John Fortenberry, starred Will Ferrell and Chris Kattan. The tech specs for the Blu-ray release have not yet been detailed and there’s no word yet if any bonus materials will be included on the release or not, but stay tuned for a possible update on that. You can as of now find the Blu-ray Disc listed as available for preorder over at Amazon.