2003 biography Tupac Resurrection on Blu-ray in May 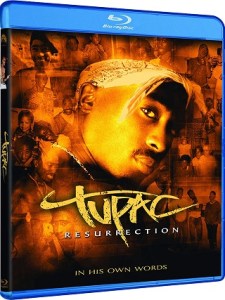 The 2003 biography/documentary film “Tupac: Resurrection” is coming to Blu-ray Disc on May 25th via Paramount Home Entertainment. The film (made in 2003), directed by Lauren Lazin, takes a look back at the late rapper/actor Tupac Shakur who passed away in 1996. The tech specs for the Blu-ray have not yet been detailed but stay tuned for a possible update on that and if there will be any extras included. For now, you can find the Blu-ray listed as available for preorder over at Amazon.