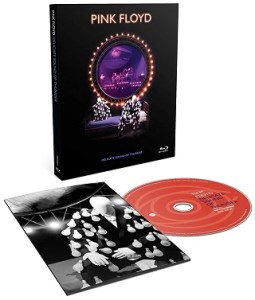 The 1989 concert film/documentary “Pink Floyd: Delicate Sound of Thunder“ has been restored and is officially coming to Blu-ray, in two different releases, on November 20th, via Legacy (Sony). The film, directed by Wayne Isham, featured the Pink Floyd band primary line-up of members: David Gilmour (vocals/guitar), Richard Wright (keyboards/vocals), Nick Mason (drums) — as well as a backing band. The film has received a new 4K remaster using the original 35mm film negatives with a new 5.1 surround sound mix. This will come with a 1080p HD video presentation, presumably in the 1.33:1 original aspect ratio. There will be two options for audio presentations found on the Blu-ray: Uncompressed LPCM 2.0 Stereo and DTS-HD Master Audio 5.1 lossless surround sound. Here, below, is what Rolling Stone had to say about what all went into that audio and video restoration process.

“Film editor Benny Trickett took the film, since remastered in 4K, and worked with Aubrey Powell — a cofounder of the graphic arts group Hipgnosis, which created many iconic Pink Floyd covers, including Delicate Sound of Thunder — and assembled the new cut. Gilmour worked on the new release’s sound with engineer Andy Jackson and assistant David Iddins.”

“The concert film, which has been restored and re-edited from the original 35mm film and remixed into 5.1 surround sound […]”

The tracklist for this concert film includes the following songs:

Now, there will be two different versions of the film on Blu-ray available. First, there will be a single-disc (standard) Blu-ray release, and then there will also be a 4-disc “Deluxe Edition” release that includes 2 CDs, a DVD, and Blu-ray Disc (pictured below). You can find both versions available for preorder over at Amazon now. 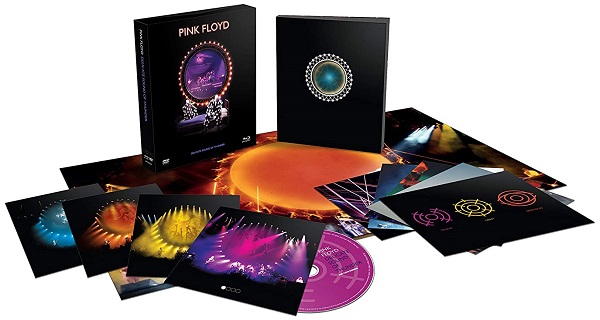 The standard Blu-ray release will come with a physical extra in the form of a 24-page photo booklet. Meanwhile, the Deluxe Edition also includes a bit more physical items as detailed below.

You can find more info about the process that went on to make this restored version of the Pink Floyd concert film by reading the full article over at Rolling Stone (as quoted from much further above).