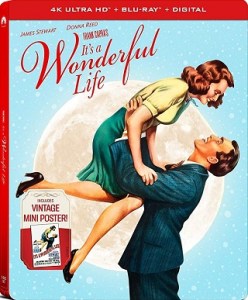 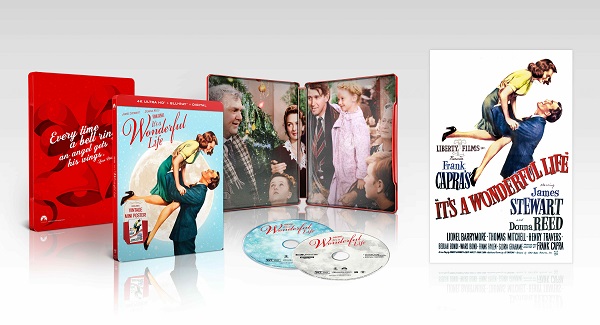 The Combo includes the black-and-white film in 4K high definition, as well as a colorized version on Blu-ray™, along with three special features: “Restoring a Beloved Classic,” “Secrets from the Vault,” and “It’s A Wonderful Wrap Party.”

Fully restored from the original negative IT’S A WONDERFUL LIFE in 4K delivers amazing clarity with sharper and brighter images for a sensational home viewing experience.

Paramount spent over a year painstakingly restoring this treasured film, using the original nitrate negative along with two fine grain masters made in the 1940s.  Each element was carefully scanned using the very latest technology to both preserve the delicate negative and create the best possible digital image.  Fortunately, 13 of the 14 reels of the original negative survived, but portions had begun to deteriorate so the best image was selected from one of the three original sources on a shot-by-shot basis.  The result is a more vibrant and detail-rich picture that brings this classic to life like never before.

The 4K Ultra HD Combo Pack includes the black-and-white film in 4K high definition, as well as a colorized version on Blu-ray, along with three special features new to 4K Ultra HD disc: “Restoring a Beloved Classic,” “Secrets from the Vault,” and “It’s A Wonderful Wrap Party.”  A 2-Disc Blu-ray set will also be available that includes the newly remastered film in black-and-white, along with a colorized version and the three special features listed above.