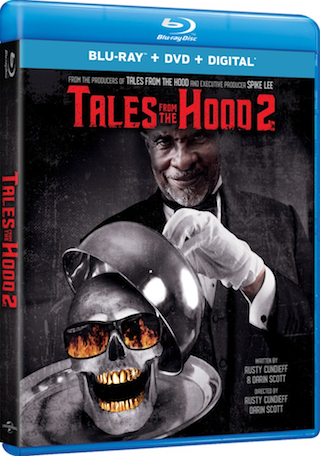 The 2018 sequel “Tales from the Hood 2” is coming direct-to-video on Blu-ray Disc on October 2nd via Universal 1440 (a division of Universal Studios). The sequel to the original 1995 film was co-written and co-directed by Rusty Cundieff and Darin Scott. Most of you will remember Rusty as the director the original film, and some may recall that Darin co-wrote the original screenplay. Back again serving as executive producer on the film we have the legend that is Spike Lee. The cast will include another legend: Keith David.

Tech specs and bonus materials for the release have not yet been detailed, but stay tuned for an update on that. The release will come in the form of a “combo pack” with a DVD and Digital Copy of the film included. The title is available for PRE-ORDER now over at Amazon. It’s worth giving credit that this news comes via Dread Central.

Below, after the break, you can find the trailer for the film promoting the home video release.