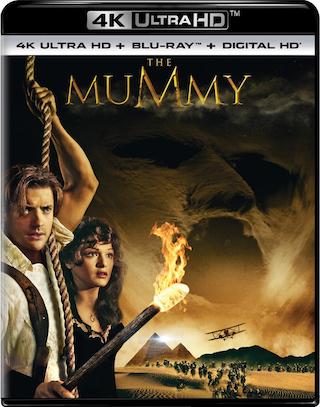 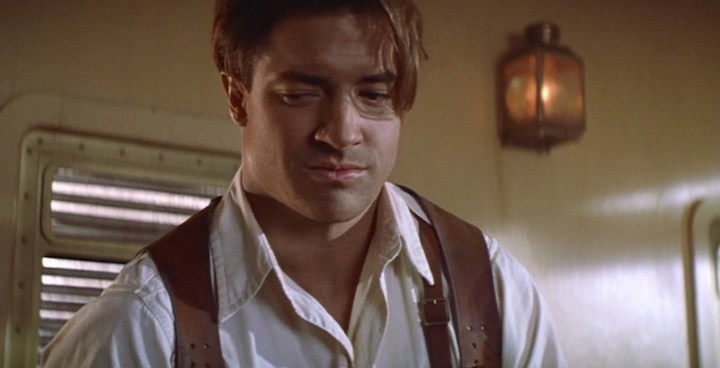 “The Mummy” was one of the first summer launches Universal ever released (i.e. on an early May release date). The story, a remake of the original 1930’s film, sees us initially travel back to Thebes, Egypt, specifically in the year 1290 BC. It’s here that we met Imhotep (Arnold Vosloo), a high priest who has been carrying on a love affair with the mistress of Pharaoh Seti I. This affair leads to Anck-su-Namun killing herself, in hopes that Imhotep will resurrect her. Before he’s able to do this, Imhotep is mummified, buried alive with flesh-eating scarab beetles.

We flesh forward to modern time, in 1923 where we meet Rick O’Connell (Brendan Fraser), who is fresh off discovering the city of the dead, Hamunaptra. A map leading to this city is stolen by Jonathan (John Hannah), who gives the map and secret box to his sister, Evelyn (Rachel Weisz) playing off that he discovered the map. The two soon are re-united with Rick, who agrees to lead the pair to the city if he’s released from prison. What results is a very entertaining film, that has a bit of another treasure hunter in it via “Indiana Jones.”

One of the strongest aspects of “The Mummy”, is the wonderful score by the late Jerry Goldsmith. From the opening credits, he uses a wide range of horns to bring in that ‘large scale’ action/adventure theme. In particular, I’ve always enjoyed his theme he created for ‘Imhotep.’ A sense of fear, but also a sort of wonder element to this creature as while he may seem ‘evil’ at first glance, all he wants is to get his love back. Goldsmith captures all of this with perfection. 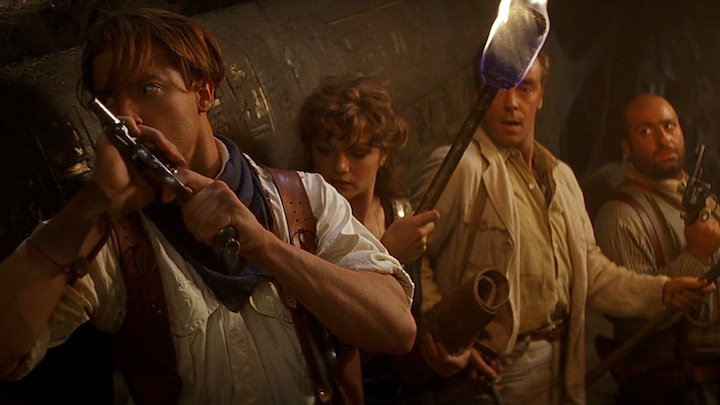 According to the technical specifications on IMDb, the first film “The Mummy“, presented in the 2:35:1 aspect ratio, was shot on 35MM film using the Panavision Panaflex Platinum camera with Panavision Primo and C-Series Lenses.

For a film almost 20 years old, “The Mummy” looks excellent. Detail pops off the screen, whether it be the old libraries Evie works in, or the lush yellows and golds of the backgrounds of Egypt. Facial detail, like that of fleshtones, impress equally. HDR (high dynamic range) via HDR10 is top notch, especially for that of a catalogue title. Shadow detail is near perfect, black levels shine with no evidence of crush or smearing of any color. Grain is kept in tact, with no notice of DNR or any other image scrubbing. Lastly, in comparison to the Blu-ray, this 4K presentation blows it out of the water. 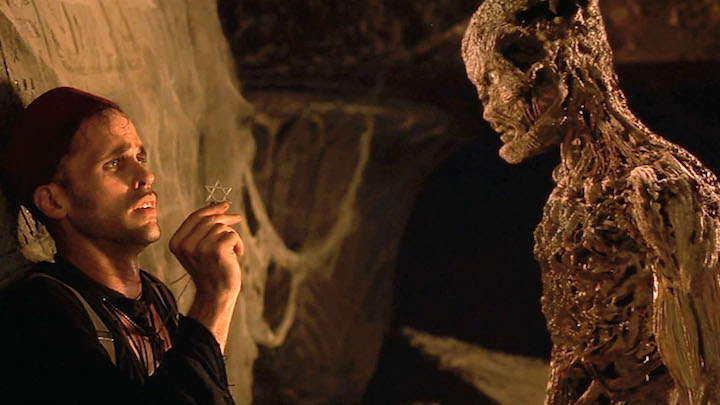 Dialogue, as one would expect, is wonderfully reproduced via the center channel. Surrounds are quite active throughout. Whether it be the horns and trumpets of the aforementioned score by Jerry Goldsmith, or the constant gunfire once Imhotep is awoken. Little effects, like that of the wind during Imhotep’s sandstorm, or an airplane zipping by, help create a truly effective aural experience. With this being one of my favorite films (i.e. read popcorn flicks) as a kid, I was pleased to see Universal treat this one with a top notch track. 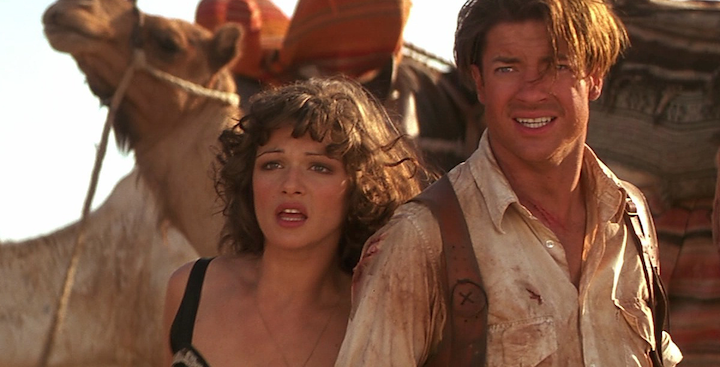 Overall, you get no new bonus materials added here, obviously. Still these prove to be entertaining, informative, and such, especially if you’ve never seen them before. Plus, the inclusion of a HD (Blu-ray Disc) physical version and Digital Copy are nice as well. It’s sadly just not a whole lot in comparison to most ‘catalog’ titles to come to 4K. Some new content would have been nice for fans (like myself) of the film, that have owned it on many home video formats over the years. There’s a reason that these supplemental set of materials do seem recycled, and that reason is: because they are.

“The Mummy” in 1999 served as not just a reboot but also revival of the franchise, that continued on for two more films – which I’ll be covering next individually just as this film – and eventually spawned a 2017 reboot; reviving “The Mummy” franchise for a near two decade span. I’m rather a fan of this franchise, so expect the two sequels soon.

This proves to be a very impressive 4K release for the first film in the reboot of “The Mummy” franchise. You get both impressive visuals in 4K (with HDR) and DTS:X immersive sound, as well as the Blu-ray/DVD bonus materials all ported over.