“The Incredibles” on 4K UHD Blu-ray release gets delayed by a week? 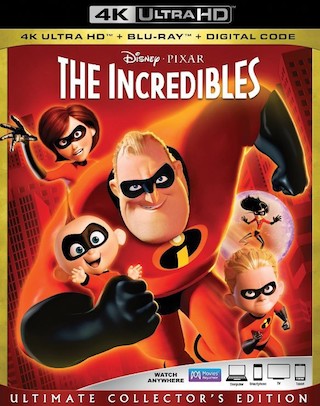 Disney / Pixar had originally announced the 2004 animated film “The Incredibles” directed by Brad Bird for a 4K UHD Blu-ray on June 5th, next week. Well, earlier in the week there were signs it had been pushed back and delayed by a week. It, to me, seemed to come as a marketing move by Disney to tie-in the release with the upcoming release of the film’s sequel (“Incredibles 2“) slated to come out later that week in theaters. Well, now we’re all back to where we started. Read the update below for the full details and sources for this information.

UPDATE: OK, this is confusing a lot of us, but now  it turns out the title has NOT been delayed and is set for a June 5th release, as originally planned. I’ll note that this news, both the original delay rumor and update, came from our friend Bill Hunt, over at The Digital Bits, as well as new release date changes on the Best Buy pre-order page. At time of publishing, the title is not yet available (strangely) for pre-order at Amazon but stay tuned: I’ll update the post and social media the moment I see it listed. I apologize for the confusion caused here, but as Bill Hunt might tell you, this has been confusing.