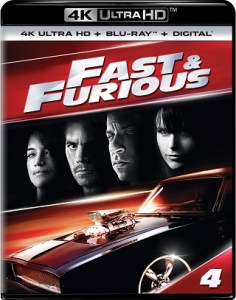 The 2009 sequel “Fast & Furious“ is coming to 4K UHD Blu-ray on June 11th, via Universal, according to an early alert to retailers. The film, directed by Justin Lin, featured a cast of Vin Diesel, Paul Walker, Michelle Rodriguez, Jordana Brewster, John Ortiz, Laz Alonso, Gal Gadot, Jack Conley, Shea Whigham, and Sung Kang. Tech specs for the 4K release include 2160p video in the 2.40:1 aspect ratio with HDR10 form of High Dynamic Range and DTS:X sound. The release will come in the form of a “combo pack” with a Blu-ray Disc and a digital copy of the film included. The 4K is now available to pre-order over at Amazon. Bonus materials set to be included on the release (on the original Blu-ray) are listed below.

END_OF_DOCUMENT_TOKEN_TO_BE_REPLACED 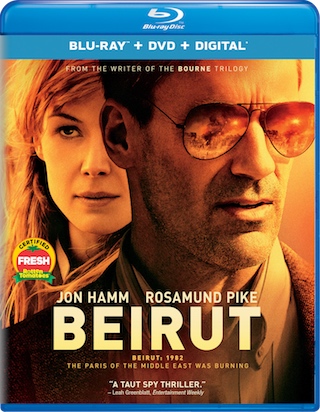 The 2018 Brad Anderson directed film “Beirut” starring Jon Hamm and Rosamund Pike is coming to Blu-ray Disc on July 3rd via Universal Studios. The film has been “certified fresh” over at Rotten Tomatoes, as you’ll see endorsed on the cover art (pictured above). The tech specs for the release include full 1080p HD video in the 2.40:1 aspect ratio and DTS-HD 5.1 Maser Audio sound. The release will come in the form of a “combo pack” with a Blu-ray Disc, DVD, and include a Digital Copy of the film via Movies Anywhere. Bonus materials set to be included on the release are listed below.

The title on Blu-ray Disc is available for PRE-ORDER over at Amazon. Further below (after the break) you’ll find the official announcement of this release.