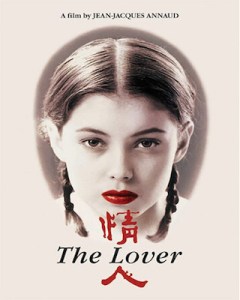 The 1992 film “The Lover” is coming to 4K UHD Blu-ray in the United States for the first time on January 25th, 2022 via MPI Home Video, according to multiple retail sources. The film, directed by & adapted from the novel by Jean-Jacques Annaud, starred Jane March, Tony Ka Fai Leung, Frédérique Meininger, and Jeanne Moreau (as narrator). It should be noted that this movie, also known as “L’amant” in its original French title, received an Academy Award nomination for “Best Cinematography” back in 1993.

The tech specs and bonus materials for the release have not at all yet been detailed. It is known that the release will come in the form of a “combo pack” meaning that it’ll be a 2-disc set with the Blu-ray counterpart. You cannot yet find the 4K UHD Blu-ray available for preorder over at Amazon, but stay tuned for an update on that. In the meantime, you can find the 4K UHD Blu-ray available for preorder over at retailer Best Buy and online retailer Deep Discount. Lastly, considering this film has already been released on 4K UHD Blu-ray in Germany, it’s safe to say this should include the very same HDR (high dynamic range) in the form of at least HDR10 and possibly Dolby Vision. More details on this upcoming 4K physical release as they develop.