“Pope Francis: A Man of His Word” documentary on Blu-ray in December 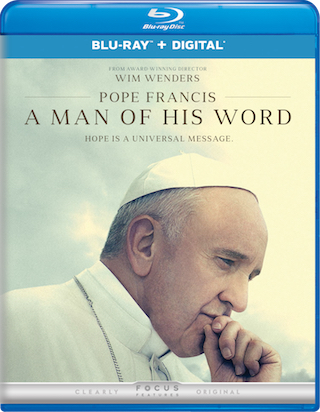 The 2018 Wim Wenders directed documentary “Pope Francis: A Man of His Word“ is officially coming to Blu-ray Disc on December 4th via Universal. This documentary has been well received by the critics, carrying a “Certified Fresh” over at Rotten Tomatoes with a 88% rating – at time of writing. Tech specs for the release include full 1080p HD video in the 1.85:1 aspect ratio and DTS-HD 5.1 Master Audio sound. The release will come with a Digital Copy of the film included. No bonus materials are slated to be included. The documentary on Blu-ray is available for PRE-ORDER now over at Amazon.