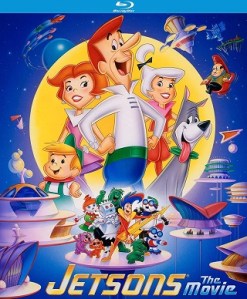 The Flintstones: The Complete Series on Blu-ray 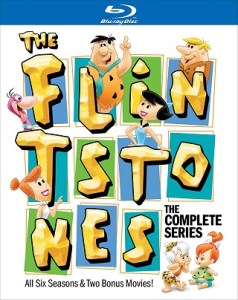 The 1960 Hanna-Barbera animated TV series “The Flintstones: The Complete Series“ is coming to Blu-ray Disc on October 27th, via Warner. UPDATE: The release has now been pushed back by 2 weeks from the release date originally announced. The new date is now listed above, underlined. The animated TV series, created by Joseph Barbera & William Hanna, ran for a total of 6 years, 6 seasons, and 167 episodes, has been restored and looks marvelous. The Flintstones featured the unforgettable voice talents of Alan Reed (as “Fred”), Mel Blanc (as “Barney”), Jean Vander Pyl (as “Wilma”), and Bea Benaderet (as “Betty”). The tech specs for the release have not yet been detailed, but stay tuned for an update on that. It is known, so far, that this will be a 10-disc set, and not only will it include all six seasons of the show but it will also feature two bonus movies. Those two bonus movies include:

You can now find the Blu-ray set available for preorder over at Amazon. It’s certainly worth noting that back during this year’s Comic-Con (at Home) Warner Archive did a panel about Saturday morning cartoons and briefly discussed this upcoming release, as you can find HERE in a video (that should start around 33 minutes in). They discuss that they all have been remastered in high definition and how amazing they look. Hopefully, we will soon get more info regarding the bonus materials set to be included with the release as well as the exact tech specs. Stay tuned!