2020 film “The Photograph” comes to Blu-ray May 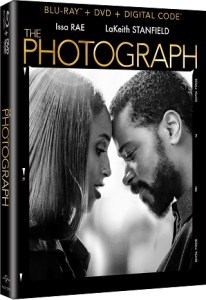 The 2020 film “The Photograph“ is officially coming to Blu-ray Disc on May 12th, via Universal. The film, written & directed by Stella Meghie, stars Issa Rae, LaKeith Stanfield, Chelsea Peretti, Lil Rel Howery, Rob Morgan, and Courtney B. Vance. Tech specs for the Blu-ray include 1080p HD video in the 2.39:1 aspect ratio and DTS-HD Master Audio 7.1 sound. The release will come in the form of a “combo pack” meaning that it will get the DVD counterpart and a digital code (copy) of the film. You can now find the Blu-ray available for preorder over at Amazon. The bonus materials set to be included are listed below.

Further below, after the break, you can find the full announcement regarding this film coming to home video.