“A Vigilante” with Olivia Wilde on Blu-ray in May 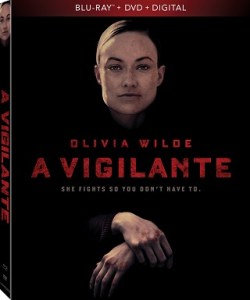 The 2019 Sarah Daggar-Nickson film “A Vigilante“ starring Olivia Wilde is officially coming to Blu-ray Disc on May 28th, via Lionsgate. This movie currently (at time of writing) has a 91% rating based on critics reviews over at Rotten Tomatoes. Tech specs for the Blu-ray include 1080p HD video in the 2.40:1 aspect ratio and DTS-HD 5.1 Master Audio sound. You can find the Blu-ray available to pre-order now over at Amazon and Best Buy. The release will come in the form of a “combo pack” with a DVD and a digital copy of the film. The only bonus material set to be included is a featurette listed below.