Ron’s Gone Wrong on 4K and Blu-ray in December 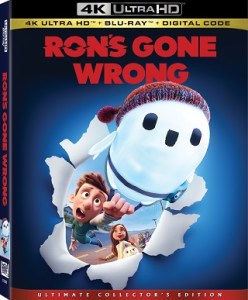 The 2021 CG animated film “Ron’s Gone Wrong” is officially coming to 4K UHD Blu-ray and Blu-ray Disc on December 7th via 20th Century Studios (Disney). The film, co-directed by Sarah Smith, Jean-Philippe Vine, and Octavio E. Rodriguez, features the voice talents of Jack Dylan Grazer, Zach Galifianakis, Ed Helms, Olivia Colman, and Rob Delaney. At the time of writing, it should definitely be noted, that this film is “Certified Fresh” over at Rotten Tomatoes.

The tech specs for the 4K UHD Blu-ray include a 2160p video presentation in the 2.39:1 aspect ratio with HDR10 form of high dynamic range and Dolby Atmos sound. Tech specs for the Blu-ray include a 1080p HD video presentation in the 2.39:1 aspect ratio and DTS-HD Master Audio 7.1 lossless surround sound. Both releases will come in the form of a “combo pack” with the 4K getting its Blu-ray counterpart, the Blu-ray getting its DVD counterpart, and both coming with a digital code (copy) of the film.

You can now find the 4K UHD Blu-ray and Blu-ray available for preorder over at Amazon. The bonus materials set to be included with the releases are listed below.

END_OF_DOCUMENT_TOKEN_TO_BE_REPLACED 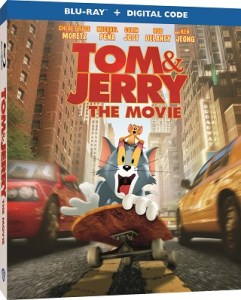