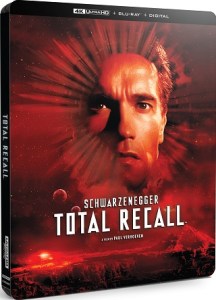 The 1990 film adaptation of “Total Recall“ starring Arnold Schwarzenegger is officially coming to 4K UHD Blu-ray on December 8th via Lionsgate, distributing for Studiocanal. The film, celebrating its 30th anniversary, has received a new 4K restoration, as you can find detailed below.

“Restored in 4K from a scan of the original 35mm negative” […] “Undertaken by STUDIOCANAL, the restoration was supervised by Paul Verhoeven himself. The restoration crew paid particularly high attention to preserving special-effects continuity, as Total Recall was one of the earliest films to use computer-generated images for special effects winning the Special Achievement Award for Visual Effects at the 1990 Academy Awards®.”

The film, directed by Paul Verhoeven & based on Philip K. Dick’s short story, co-starred Sharon Stone, Rachel Ticotin, and Michael Ironside. Tech specs for the release include a 2160p presentation in the 1.85:1 aspect ratio with HDR10 and Dolby Vision forms of High Dynamic Range and Dolby Atmos sound. The release will come in a 3-disc set, making it a “combo pack” with its Blu-ray Disc counterpart and a digital code (copy) of the film, as well as a Blu-ray bonus disc full of extras. Those discs and their contents are detailed below.

UPDATE: The 4K UHD Blu-ray, standard version, is now available for preorder over at Amazon and at retailer Best Buy. There’s still no listing yet on Amazon, but stay tuned for an update on that. Also, here’s the promotional official trailer from Studiocanal showcasing this new 4K restoration of the film via a video on YouTube (below).

Finally, it’s certainly worth noting that there will be a 4K UHD Blu-ray SteelBook release exclusive to retailer Best Buy, which is now available for preorder. You can find a glimpse of it below. 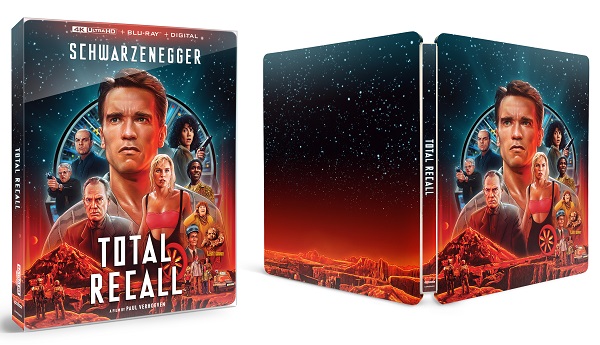