To Kill a Mockingbird is coming to 4K in October 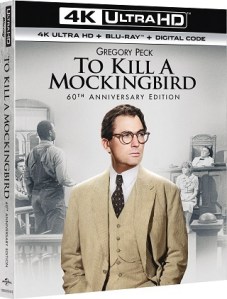 You cannot yet find the 4K UHD Blu-ray or Blu-ray available for preorder over at Amazon, but stay tuned for an update on that soon.  The bonus materials set to be included with the releases are listed below.

It’s also worth noting that a 4K UHD Blu-ray 60th Anniversary Limited Edition will be available, and is not yet available for preorder.  This limited edition will come with some physical extras listed below.

Below, after the break, you can find the full announcement about the upcoming home video releases of this film to celebrate its 60th anniversary.