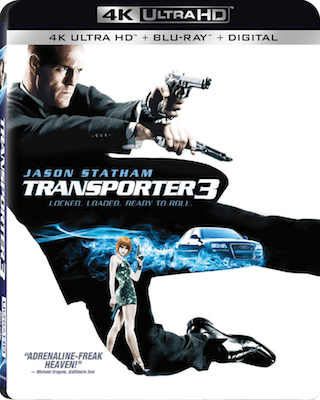 The 2008 sequel “Transporter 3” starring Jason Statham is coming to 4K UHD Blu-ray on August 7th via Lionsgate. Tech specs for the release include full 2160p 4K video in both Dolby Vision and HDR10 forms of High Dynamic Range with Dolby Atmos sound. The title is available for PRE-ORDER now over at Amazon. Below you’ll find a list of bonus materials set to be included on the release.