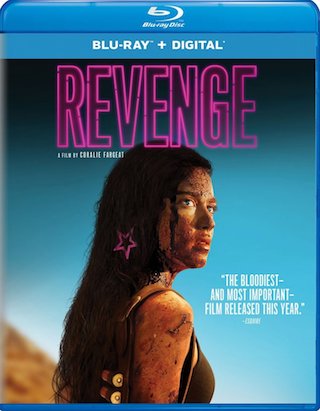 The 2017 critically-acclaimed thriller “Revenge” from writer/director Coralie Fargeat is coming to Blu-ray Disc on August 7th via Universal Studios, according to an early alert to retailers. The film stars Matilda Anna Ingrid Lutz, Kevin Janssens, Vincent Colombe, and Guillaume Bouchède. As I said, critics are loving this flick, it in fact is, at time of writing, carrying a “certified fresh” badge over on Rotten Tomatoes. Tech specs for the release include full 1080p HD video in the 2.35:1 aspect ratio and DTS-HD 5.1 Master Audio sound. The release will come with a Digital Copy of the film. No bonus materials are slated to be included on the release, according to the back artwork. The title now is available for PRE-ORDER over at Amazon.