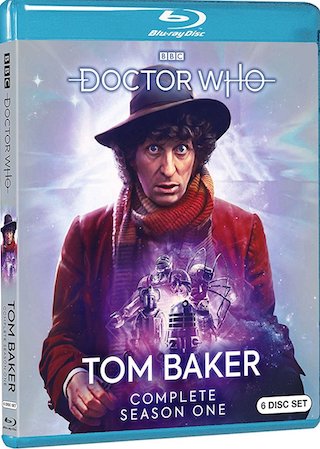 BBC Studios (distributed stateside by Warner) has officially announced plans to bring “Doctor Who: Tom Baker – Complete Season One” 6-disc set for Blu-ray Disc release on June 19th. That means the FOURTH “Doctor,” Tom Baker will come to HD finally. One would expect with the latter seasons to follow, as he was the ‘Doctor‘ for ten years (1974 – 1984). Tech specs for the release have not yet been detailed, but stay tuned for a possible update on that. The release is now available for PRE-ORDER over at Amazon. Bonus materials for the release are set to include a whopping 17 hours of content which you’ll find detailed below.

Further below, after the break, you’ll find the official announcement.
END_OF_DOCUMENT_TOKEN_TO_BE_REPLACED