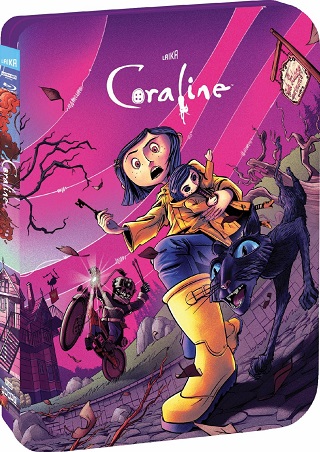 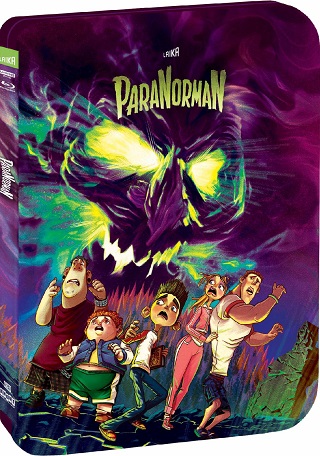 Both of these 4K UHD Blu-ray SteelBook releases will come in the form of a “combo pack” meaning that they each will also include their Blu-ray Disc counterpart.  The bonus materials will include all of the previous Blu-ray extras from the latest editions as well as a booklet [for each].  Also, the 4K UHD Blu-ray SteelBooks (pictured further above) each feature new hand-drawn artwork.

UPDATES:  You can find the 4K UHD Blu-ray standard versions of “Coraline” and “ParaNorman” available for preorder over at Best Buy (pictured below). 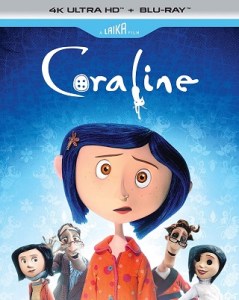 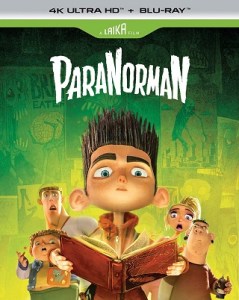 The 4K UHD Blu-ray SteelBooks for “Coraline” and “ParaNorman” are available for preorder over at retailer Best Buy.  You can also order them directly via the Shout Factory! online store.  Also, regarding these 4K releases, it’s now officially been stated:

“Coraline and ParaNorman were painstakingly remastered by the team at LAIKA, led by LAIKA CEO (and Kubo and the Two Strings Director) Travis Knight, and Visual Effects Supervisor Steve Emerson, who pored over each film shot-by-shot, paying close attention to every last detail and color to present these groundbreaking films in the most dynamic format.

The use of Dolby Vision has made these films look more spectacular than ever before, with vivid colors and exacting picture quality, and with highlights brighter and essential dark elements darker, unleashing the full potential of HDR technology. The films were also mixed in Dolby Atmos spatial audio, bringing out more details and clarity in the sound, resulting in an even more immersive experience for fans.”

The bonus materials set to be included with these releases are detailed further below, after the break where you can find the full official announcement.

END_OF_DOCUMENT_TOKEN_TO_BE_REPLACED 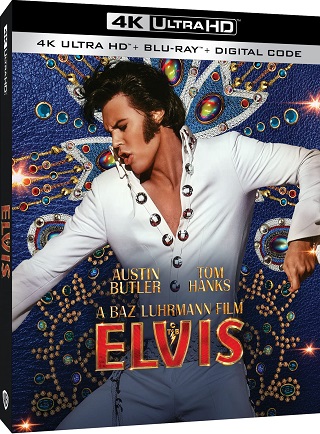 END_OF_DOCUMENT_TOKEN_TO_BE_REPLACED

The Power of the Dog gets Criterion 4K and Blu-ray 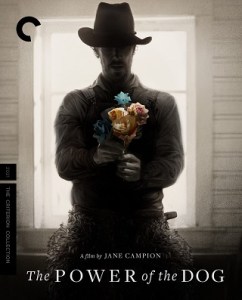 The 2021 film “The Power of the Dog” is officially coming to 4K UHD Blu-ray and Blu-ray Disc on November 8th via The Criterion Collection.  The film (as seen on Netflix), directed and adapted to screenplay by Jane Campion, stars Benedict Cumberbatch, Jesse Plemons, Kodi Smit-McPhee, and Kirsten Dunst.  It’s certainly worth noting that, at the time of writing, this film is “Certified Fresh” over at Rotten Tomatoes.

The movie has received a 4K DI (digital intermediate) master which was approved by the director (Jane Campion).  The tech specs for the 4K UHD Blu-ray release include a 2160p video presentation in the 2.28:1 aspect ratio with HDR10 or Dolby Vision forms of high dynamic range and Dolby Atmos sound.  Tech specs for the Blu-ray include a 1080p HD video presentation in the 2.28:1 aspect ratio with Dolby Atmos sound.  The 4K UHD Blu-ray release will come in the form of a “combo pack” meaning it will be a 2-disc set with its Blu-ray counterpart.

You can find the trailer for the film below.

The 2022 Elvis biopic on 4K and Blu-ray in September 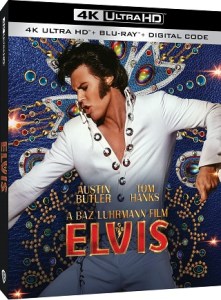 The tech specs for the 4K UHD Blu-ray include a 2160p video presentation in the 2.39:1 aspect ratio with HDR10, HDR10+, and Dolby Vision forms of high dynamic range as well as Dolby Atmos sound.  Tech specs for the Blu-ray include a 1080p HD video presentation in the 2.39:1 aspect ratio and Dolby Atmos sound.  Both releases will come in the form of a “combo pack” with the 4K getting its Blu-ray counterpart, the Blu-ray getting its DVD counterpart, and each including a digital copy compatible with Movies Anywhere.

You can now find the 4K UHD Blu-ray and the Blu-ray available for preorder over at Amazon.  The bonus materials set to be included with the releases are listed below.

Further below, after the break, you can find the full announcement about the upcoming home video releases of this film.

END_OF_DOCUMENT_TOKEN_TO_BE_REPLACED 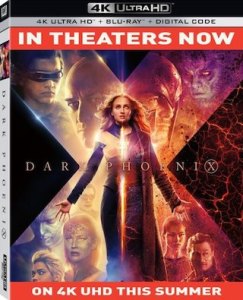 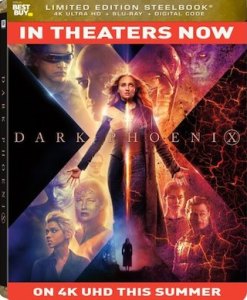