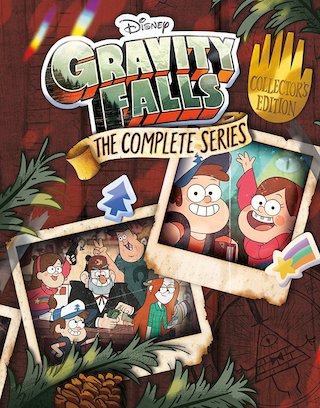 The Disney animated TV Series “Gravity Falls: The Complete Series” is officially coming to Blu-ray Disc in a 7-Disc set on July 24th via distributor Shout! Factory. The show, which ran originally on the Disney Channel and later on Disney XD (for a total of 40 episodes), featured the voice talents of Kristen Schaal, Jason Ritter, Alex Hirsch, and Linda Cardellini.

Tech specs for the release will for sure include full 1080p video in the 1.78:1 aspect ratio and (presumably) DTS-HD 5.1 Master Audio sound, however this info has not yet been fully detailed / verified, so stay tuned for an update on that. The Blu-ray set is available already for PRE-ORDER over at Amazon. Bonus materials set to be included on this were just unveiled today by the folks at Shout! Factory and are listed below.

Further below, after the break, you will find the full official announcement.