Free Guy with Ryan Reynolds on 4K and Blu-ray October 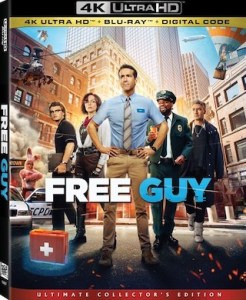 The tech specs for the 4K release include a 2160p video presentation in the 2.39:1 aspect ratio with HDR10 form of high dynamic range and Dolby Atmos sound. The tech specs for the Blu-ray include a 1080p HD video presentation in the 2.39:1 aspect ratio and DTS-HD Master Audio 7.1 lossless surround sound. The 4K release will come in the form of a “combo pack” meaning that it will include its Blu-ray Disc counterpart and a digital code (copy) of the film. The Blu-ray will also include a digital code. 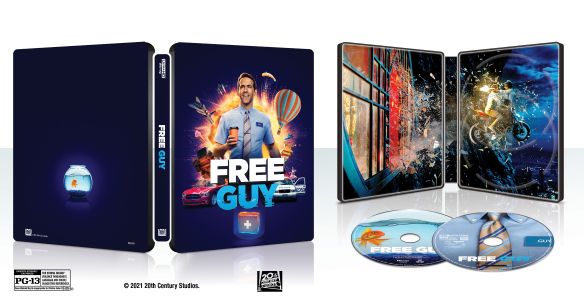 In addition to the aforementioned releases, there will also be a 4K UHD Blu-ray exclusive “art edition” available over at retailer Target (pictured below). That version is available now for preorder as well. 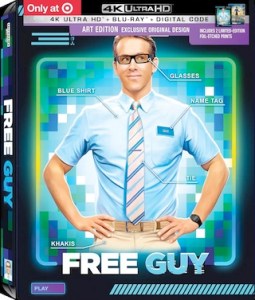 The bonus materials set to be included on the physical releases on 4K UHD Blu-ray and Blu-ray are listed below.

Further below, after the break, you can find the full announcement regarding the home video release of this film.
END_OF_DOCUMENT_TOKEN_TO_BE_REPLACED