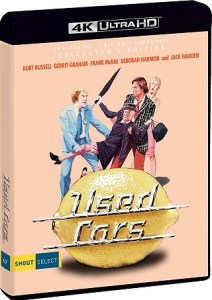 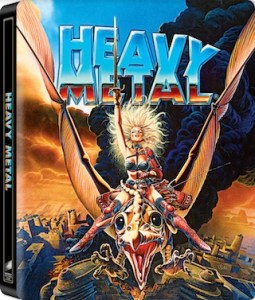 This new 4K version of the 1981 film was reviewed, approved, and supervised by producer Ivan Reitman.  Tech specs for the 4K UHD Blu-ray include a 2160p video presentation in the 1.85:1 aspect ratio with Dolby Vision and HDR10 forms of high dynamic range and a new 2022 Dolby Atmos sound mix, along with lossless DTS-HD Master Audio 5.1 surround and 2.0 Stereo sound mixes.  There will also be a Blu-ray of the 1981 film included in this “combo pack” with 1080p HD video in 1.85:1 and lossless 5.1 surround sound.

As mentioned, this will also include the Blu-ray Disc debut of the film “Heavy Metal 2000” which has been “newly remastered.” It will be presented in 1080p HD video in the 1.85:1 aspect ratio and a lossless 5.1 surround sound mix.  A digital code (copy) of each film will be included with this set.

You can now find the 4K UHD Blu-ray and Blu-ray 2-Film Collection SteelBook available for preorder over at Amazon and at retailer Best Buy.  Bonus materials and details about the release are found below, after the break.

END_OF_DOCUMENT_TOKEN_TO_BE_REPLACED 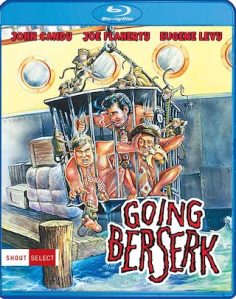