Hammer Films’ “Lust for a Vampire” on Blu-ray in July 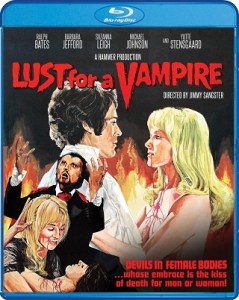 The 1971 horror “Lust for a Vampire“ from Hammer Films is coming to Blu-ray Disc on July 30th via Scream Factory. The film, directed by Jimmy Sangster, featured a cast that included Ralph Bates, Barbara Jefford, Suzanna Leigh, Michael Johnson, and Yutte Stensgaard. Tech specs and bonus materials for the release have not yet been announced but stay tuned for an update later. The film on Blu-ray is now available to pre-order directly over at ShoutFactory.com‘s store. No pre-order listing is yet up over at Amazon but stay tuned for an update on that.