“Juliet, Naked” with Rose Byrne and Ethan Hawke on Blu-ray in November 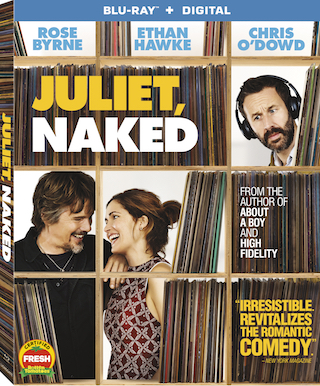 The 2018 film “Juliet, Naked“ starring Rose Byrne, Ethan Hawke, and Chris O’Dowd is coming to Blu-ray Disc on November 13th via Lionsgate. The film, directed by Jesse Peretz and based on the novel by Nick Hornby, is “Certified Fresh” over at Rotten Tomatoes – where at time of writing it carries a 81% on the tomatometer. Tech specs for the release include 1080p HD video in the 2.39:1 aspect ratio with DTS-HD 5.1 Master Audio sound.

The title is not yet available for pre-order over at Amazon, but there is a placeholder page. Stay tuned for an update on that. The release will come with a Digital Copy of the film included. The only bonus material set to be included on the release is a “Making Juliet, Naked” Featurette. Below, after the break, you’ll find the official announcement regarding this upcoming release.