The Return of the Living Dead on 4K in October 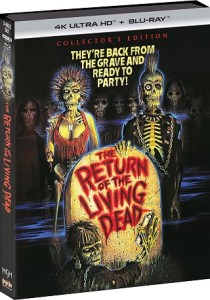 The tech specs for the release will include a 2160p video presentation in the original 1.85:1 aspect ratio with [likely at least] HDR10 form of high dynamic range and presumably a lossless sound mix in either/or 5.1 or 2.0 configuration(s).  Perhaps they’ll even do a Dolby Atmos mix?  I can’t yet say for certain because the official tech specs have yet to be announced, along with the extras to be included with the release but stay tuned for a later update on that.

The release will come as a “combo pack” with the Blu-ray Disc counterpart included and seemingly another Blu-ray for extras, in what is said to be a 3-disc set. You can now find the 4K UHD Blu-ray available for preorder over at Amazon as well as directly via ShoutFactory.com where you’ll find an exclusive poster.  Also, Shout! Factory Store will have an exclusive enamel pin set and you can find that [limited to 1000] set available for preorder now.

END_OF_DOCUMENT_TOKEN_TO_BE_REPLACED 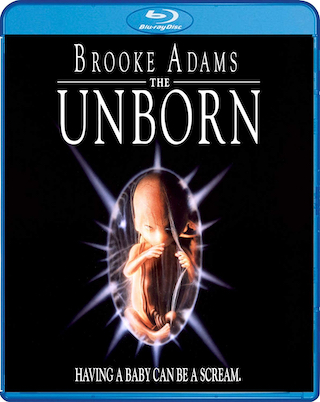 The 1991 Rodman Flender directed film “The Unborn” starring Brooke Adams is coming to Blu-ray Disc on August 14th via Scream Factory (Shout! Factory). Tech specs for the release include full 1080p HD video, from a new 2K scan, in the 1.85:1 aspect ratio and DTS-HD 2.0 Master Audio Stereo sound. The PRE-ORDER is now available over at Amazon. Bonus materials set to be included on the release are listed below.

END_OF_DOCUMENT_TOKEN_TO_BE_REPLACED

Scream Factory (Shout! Factory) has just detailed the upcoming August 14th release of “Return of the Living Dead Part II” Collector’s Edition Blu-ray Disc. Tech specs have yet to be confirmed, but I have reached out to Shout! Factory for some definitive info. So, stay tuned on that side. We do know however that this 1988 film will come to us remastered  (via “scans from the interpositive” film negative). This is available for PRE-ORDER over at Amazon. Bonus materials and other details given are listed below.