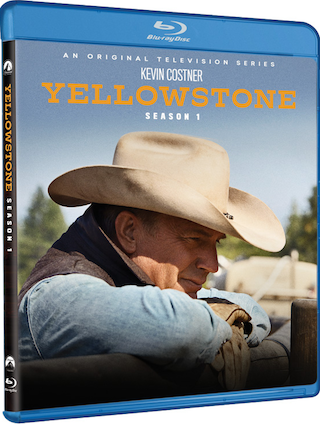 The TV series “Yellowstone: Season 1“ starring Kevin Costner is coming to Blu-ray Disc on December 4th via Paramount, according to an early alert to retailers. The show, which airs on the Paramount Network channel, co-stars Wes Bentley,  Ian Bohen, Luke Grimes, Kelly Reilly, Gil Birmingham, Cole Hauser, and  Danny Huston. At this time no bonus materials or tech specs for the release have yet been detailed. Stay tuned for any updates regarding this upcoming release. The Blu-ray is now available for PRE-ORDER over at Amazon.