Men In Black International on 4K and Blu-ray 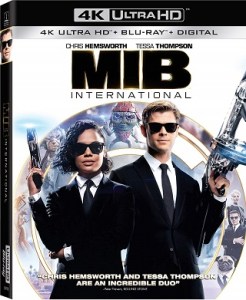 The 2019 film “Men In Black: International” (a.k.a. “MIB International”) is coming to both 4K UHD Blu-ray and Blu-ray Disc on September 3rd via Sony, according to multiple retailers. The film which was directed by F. Gary Gray stars Chris Hemsworth and Tessa Thompson. UPDATE: The title has now been officially announced. Tech specs for the 4K and Blu-ray have not yet been detailed but you can expect HDR10 and Dolby Atmos for the 4K release. Stay tuned for more on specifics for it and the Blu-ray, as I’ll try to get that info out of Sony.

Both of the releases will come in the form of “combo pack” with the 4K getting a Blu-ray Disc, the Blu-ray getting a DVD, and both getting a digital code (copy) of the film. You can now find both the 4K UHD Blu-ray and Blu-ray available for pre-order over at Amazon and at retailer Best Buy. Speaking of Best Buy, they’ll be getting an Exclusive 4K Steelbook which you can now find available for pre-order. The artwork for that Steelbook has yet to be unveiled but, again, stay tuned for an update. Bonus materials set to be included on the releases are listed below.

Further below, after the break, you can find the Blu-ray Disc artwork and then the full announcement about the upcoming releases of this film.

END_OF_DOCUMENT_TOKEN_TO_BE_REPLACED 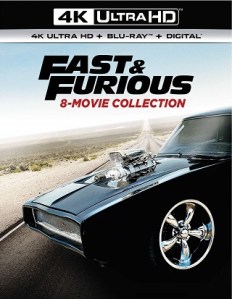