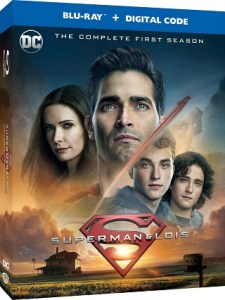 The tech specs for the Blu-ray release of the first season of the show include a 1080p HD video presentation in the 2.20:1 aspect ratio and DTS-HD Master Audio 5.1 lossless surround sound, spanning across a 3 disc set. The release will come with a digital code (copy) of the first season of the show. You can now find the Blu-ray available for preorder over at Amazon. The bonus materials set to be included with the release are listed below, featuring extended one-hour episodes.

15 ONE-HOUR EXTENDED EPISODES
Further below, after the break, you can find the full announcement about the home video release of the first season of this TV series.