Sequel Terrifier 2 on 4K and Blu-ray in December 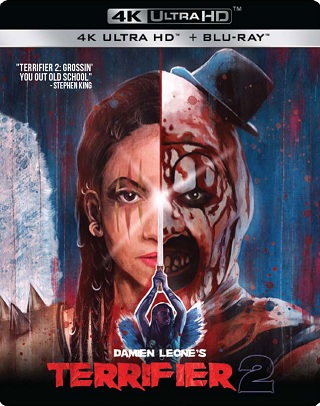 The 2022 sequel “Terrifier 2” is officially coming to 4K UHD Blu-ray (exclusively) and to Blu-ray Disc on December 27th via Cinedigm.  The film, written & directed by Damien Leone, stars Lauren LaVera, David Howard Thornton, Elliott Fullam, Felissa Rose, and Chris Jericho.  It’s certainly worth noting, that at the time of writing this, this horror film is “Certified Fresh” over at Rotten Tomatoes.

The tech specs for the 4K and Blu-ray both include a presentation in the 1.78:1 aspect ratio and DTS-HD Master Audio 5.1 lossless surround sound.  It appears no form of high dynamic range will be included with the 4K release, based on the fact the 4K digital version also lacks HDR.  The 4K physical release will come in the form of a “combo pack” with its Blu-ray Disc counterpart included. 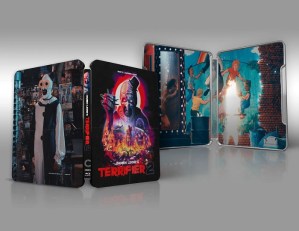 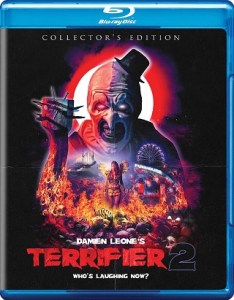 The bonus materials set to be included with both of the physical releases of this film are listed below.

Below you can find the trailer for the film.