Mortal Kombat Legends Battle of the Realms 4K and Blu-ray 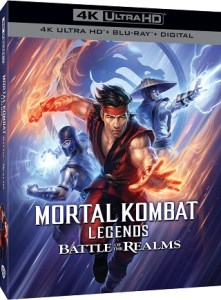 The 4K UHD Blu-ray and Blu-ray will both come with a digital code (copy of the film). Tech specs for the 4K UHD Blu-ray include a 2160p video presentation with HDR10 form of high dynamic range and DTS-HD Master Audio 5.1 lossless surround sound. The tech specs for the Blu-ray include a 1080p HD video presentation and the same DTS-HD Master Audio 5.1 sound mix. The 4K releases will come in the form of a “combo pack” meaning that it will include the Blu-ray Disc counterpart. 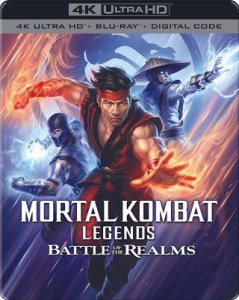 Further below, after the break, you can find the red band trailer and the full announcement regarding this home video release.