Universal Classic Monsters are coming to 4K in October

There will officially be a “Universal Classic Monsters: Icons of Horror Collection” coming to 4K UHD Blu-ray on October 5th via Universal Studios Home Entertainment. This set comes just in time for Halloween. Four of the most iconic of the Universal Classic Monsters will be making their debut to 4K, with two celebrating their film’s 90th anniversaries and one celebrating its 80th anniversary. The films included in this set are as follows:

This set will come in a collectible boxed booklet form (as pictured below) with a page for each film in both the 4K and Blu-ray versions on each side.

Each of the four films will be presented in 2160p 4K resolution in the 1.33:1 (full frame) aspect ratio with HDR10 form of high dynamic range and (presumably Mono) DTS-HD Master Audio lossless sound mixes. This set will come in the form of a “combo pack” meaning that each film will get its Blu-ray Disc counterpart (in 1080p HD) and digital code (copies) of each will be included as well. There is not yet a preorder listing for this 4K set over at Amazon or any other retailers, but stay tuned for an update. The bonus materials here appear to include the identical extras found on the Blu-ray Disc releases of each film, as featured in the previous “Universal Classic Monsters: The Essential Collection” Blu-ray set. Those can get rather lengthy, so I’ll be detailing them below, after the break, and also after the official announcement issued earlier today.

END_OF_DOCUMENT_TOKEN_TO_BE_REPLACED 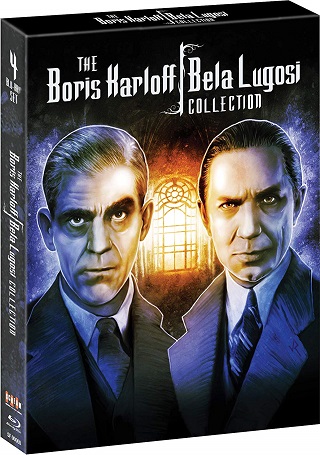